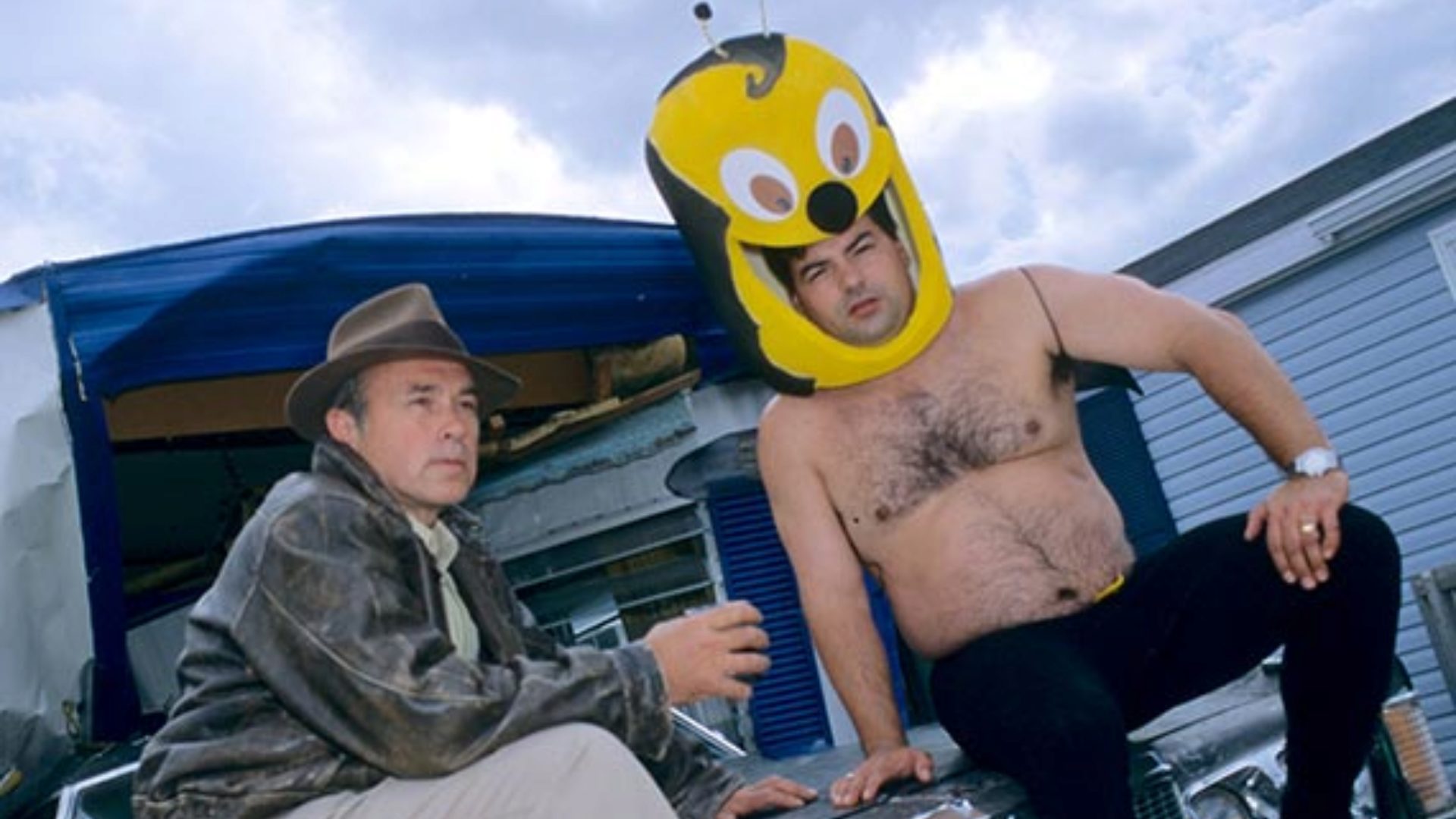 For the first time in their lives, Julian and Ricky get out of jail as rich men, however, Ricky has no intention of allowing Julian to invest his money in long-term investments. Ricky's thinking is more short-term: get some dope, some rum, and a couple of pepperoni sticks to take back to the park. Never let it be said, however, that the Boys don't take care of their friends. Back home, Julian surprises Bubbles (Mike Smith) with new living arrangements, while Ricky buys Bubbles a set of wheels to get around the park. Mr. Lahey (John Dunsworth) and Randy (Pat Roach) keep a vigilant eye at all times on the three.

Ep. 1 The Kiss of Freedom

After their release from prison, Ricky and Julian are not only free men, they're rich, thanks to their huge dope sale to the prison guards at the end of last season.

Ricky is broke again and back living in his car. Julian refuses to loan him any money to buy weed. Bubbles can't loan Ricky anything either as all his money is tied up with Julian's long-term investments.

Having lost all his money on the vodka operation, Julian is flat broke. Needing cash, but not wanting to go back to jail, Julian realizes he has to come up with a new plan.

Ep. 4 Who's the Microphone Assassin?

J-ROC shoots a music video in the park to help promote his new CD "J-ROC And Friendz". The "Friendz" include such artists as Dr Dre, NWA and Moncton recording artist Detroit Velvet Smooth.

Ep. 5 Closer to the Heart

Bubbles is beside himself with excitement when he hears that the legendary Canadian rock band RUSH will be playing a concert in town. RUSH is Bubbles's favourite rock band, and Alex Lifeson is his favourite guitar player.

Ep. 6 Where In the Fuck Is Randy's Barbecue?

As part of his ongoing strategy to commit several small crimes rather than try for the big score, Julian comes up with the plan to remarket barbeques. Ricky, always ready to take Julian's plans one step farther, enlists the support of his daughter Trinity and her friends from the Junior Achievers' Program at school.

The Boys are playing a game of road hockey in front of Mr. Lahey's trailer. It's a difficult day for Mr. Lahey, as it's the anniversary of his dismissal from the police force.

When he realizes that he has no ticket for the upcoming cruise and is being evicted from the trailer park, Ricky is determined to go back to jail.